It’s the best human invention ever. Music affects and stimulates everything we do, and design is no exception. Certain songs can put you in a certain vibe or remind us of good times. Music is so important to us at Umlaut, driving our whole creative process and culture. Simply put, it sets the tone for great design.

If you visit our studio, you’ll see a sight rarely seen in any other workplace, from your small-scale outfits to your multinationals. We don’t do uncomfortable corporate silence at Umlaut. When we’re not blasting a good tune out, you can find our designers plugged in and in the zone as if they are life-giving IVs. 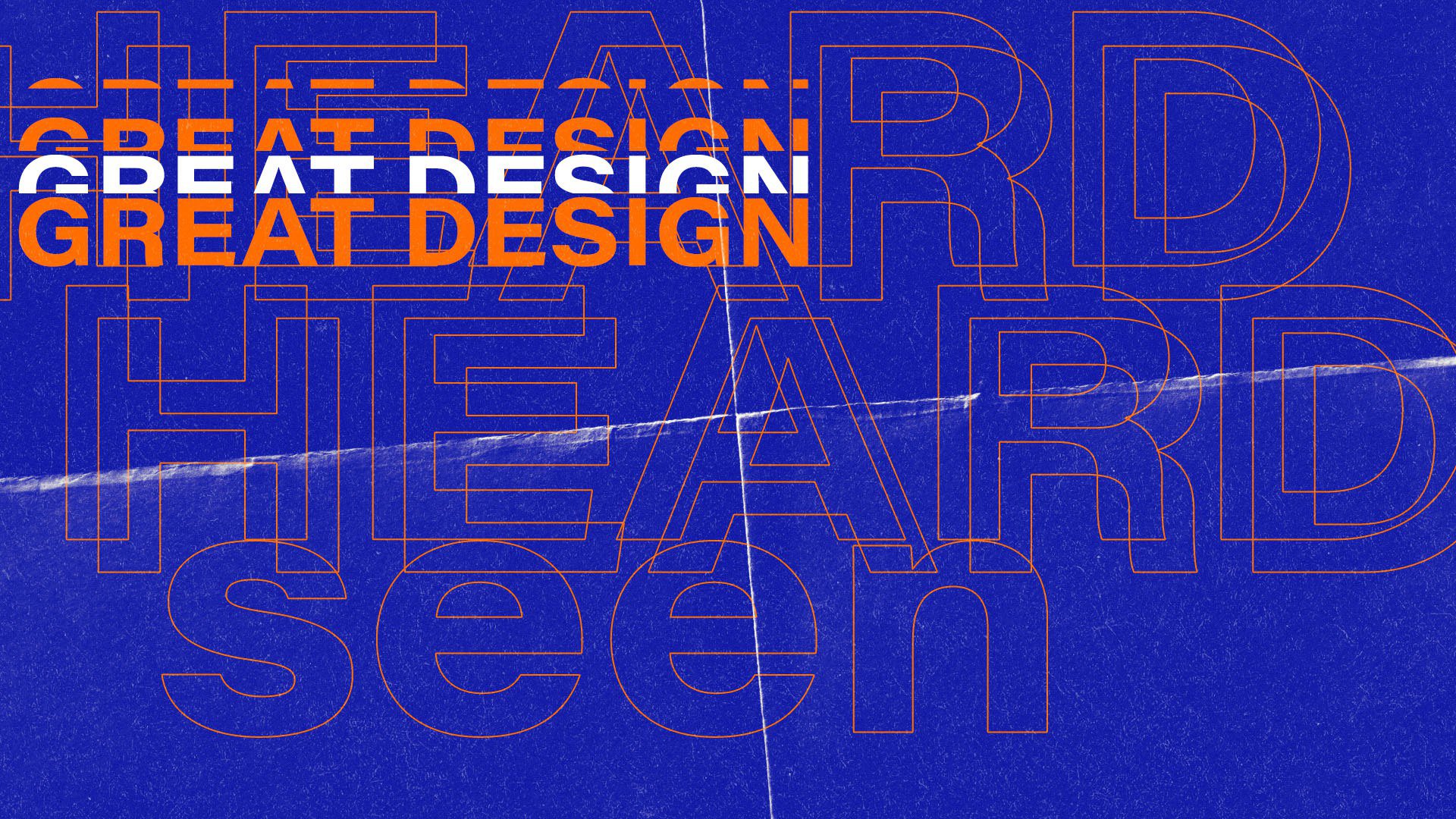 At Umlaut, we have a lot of shared playlists we contribute to and there are a lot of influences on there from early hip-hop to disco to funk to soul to house to 90s RnB. It’s pretty eclectic, but that’s the way we like it. Those genres tend to be the vibe, with some Bowie thrown in of course, because, well, he’s Bowie.

It’s not just all about playing a wavy tune though, there’s method in it – music helps us in generating ideas. It massively shapes our creative process. We take a lot of inspiration from music for our design aesthetic, as well as just loving music itself. Sounds cheesy, but it’s true – music and sound drive our creativity.

A match made in heaven

Anyone with even a passing interest in either art form will recognise the close relationship between design and music. It’s fair to say that an appreciation of one unquestionably improves the experience of the other – for example, Peter Saville, Jonathan Barnbrook, and Malcolm Garrett all got their start designing for bands. For so many years, great bands have emerged from art schools, including David Bowie, Roxy Music, and Blur, to name just a few massive names.

It’s not only that most bands enjoy visual culture and that graphic designers enjoy music. Who doesn’t work more effectively when listening to (the right) music? Music has been shown in several studies to foster creativity. The inspiration for a lot of what we do comes from this enduring, very unique connection between design and music. There is no denying design’s influence on how the music industry will develop in the future. It’s a bond that can never be broken.

For many years, musicians and designers have collaborated to produce legendary album covers and music videos. But as platforms and technologies evolve, there is an increasing drive to develop amazing images that complement the music being produced.

This close connection can lead to products like the 368-page magazine that Frank Ocean published to go along with his 2016 album Blonde. The publication, titled ​“Boys Don’t Cry,” combines photos, personal anecdotes, and allusions to his music all in one place. This was based on a clear design strategy in which the singer went multimedia on us by dropping a beautifully designed magazine that appeared to be saying that his visual identity was just as important to him as an artist as his music. This allowed Ocean to further connect and resonate with his growing audience. 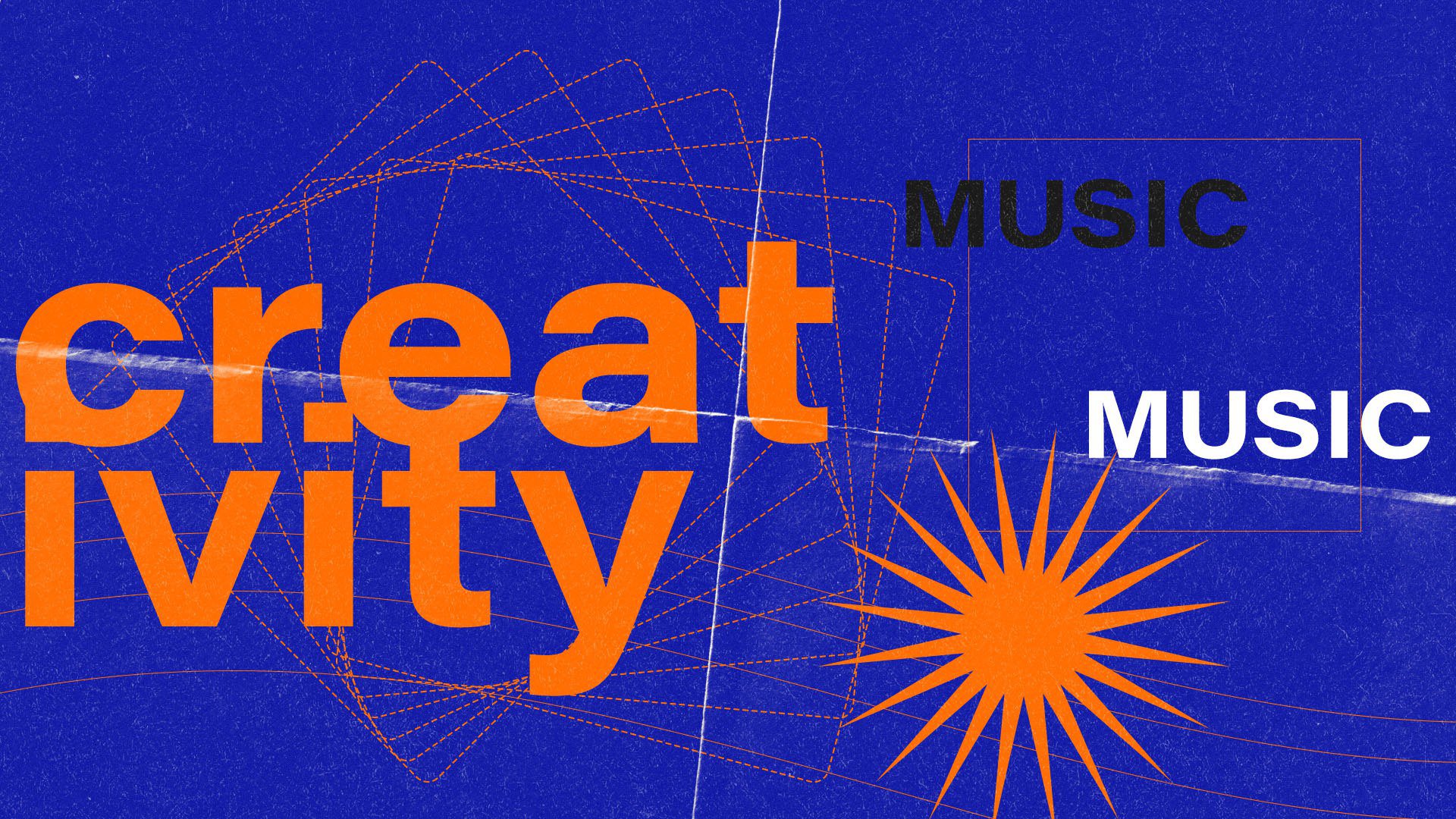 Despite their stark differences, the goals of the creative professions of music and design are identical. Both musicians and designers want to have a profound connection with their audience as artists. Both want to produce something distinctive, enlightening, and enduring. And both frequently encourage one another while performing that very task.

You frequently visualise the cover art, graphics, or music video that goes along with your favourite song or artist when you think of them. The design industry plays a crucial part in helping musicians by improving the way their story or message is expressed through everything from logos to merchandise to website material. This fusion of music and design is not a recent innovation.

The science speaks for itself

Music is an inherently abstract, left-brain pursuit – but the science adds volumes to its value too.

Designer Eric Heiman of Volume Inc. sees music as the ​“counterbalance” to his more ​“uptight” side. He expresses it as the ​“id to design’s more staid ego… That music can put us so viscerally in the moment and then also enable pauses for contemplation is its formidable kick-ass power. Aren’t these the two mental states we, as designers, need to inhabit as much as possible?”

Countless graphic designers use music’s capacity for creativity and concentration to their advantage. It makes sense given that a 2014 study indicated that engaging in enjoyable music boosts focus and the capacity for functional brain connections. It takes us into that creative sweet spot. That flow state where everything just works, and you create your best designs.

The connection between a designer and music used to be quite straightforward, but now that listening to music is largely a digital experience and its visual elements have changed from record sleeves to tiny icons in our playlists, where does design fit into music today? Well, the truly exciting aspect is that it’s everywhere.

According to Pew Research, ​“14% of online users say that at one time they downloaded music files, but now they no longer do any downloading.” This is down to our relatively newfound love of streaming – the number of music streams doubled in 2015 alone to 317 billion songs. For designers, this means that artwork and visual innovations now have to connect to audiences in a different way. 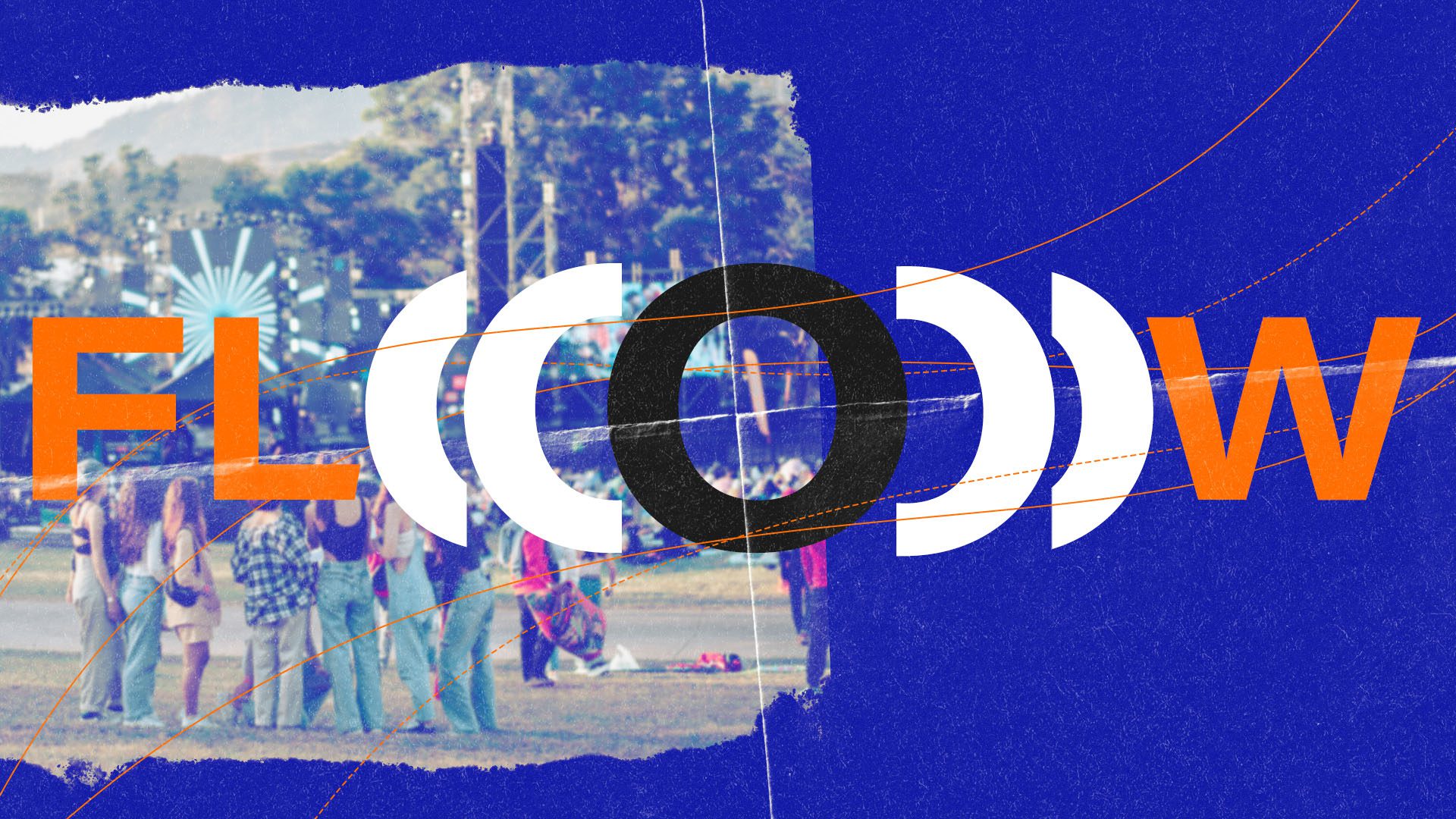 It’s deep. When you fall in love or lose a loved one, for example, music has always been an important method to memorialise the event. Wherever you are from, music has a significant role in religion, storytelling, and cultural heritage because it has the power to uplift the spirit and the soul. It has a crucial role in characterising the human experience. Consider the influence of Bowie and Aladdin Sane on queer identification and how it affected people’s lives.

Music is spiritual. It’s corny af, we know, but it really does speak to the soul. Since the start of civilisation, people have tried everything from yoga to booze to escape the daily suffering of what it means to be a human: our day in and day out, wake up, sleep, repeat. If you look at things like Gregorian chants or EDM, music is transcendental. That might occur while wearing headphones, at Glastonbury or Coachella, or in an underground club.

There is of course a counterargument that these innovations merely scratch the surface of a huge, music-consuming population and that those who are likely to seek out such intense music-based experiences are already members of a cultural elite. However, more recent offerings from the extremely popular end of the music spectrum reveal the opposite.

Consider Beyonce’s 60-minute film Lemonade, which was produced to celebrate the release of her sixth studio album. It proves that these things are not only for display at the Tate. You can certainly make the case that Beyonce’s influence on culture has been much greater than that of even Janet Jackson’s Rythm Nation music video.

Sound has such a profound effect on creativity that it can alter a person’s perspective and increase productivity by putting them into a flow state.

Music and how we consume it are fundamentally influenced by design and creativity in all its forms, and the reverse is also true. Both have the ability to affect society and culture in both significant and subtle ways, enhancing the human experience of just being alive in a big way. Whether on a large or small level, that’s a very exciting thought. Ultimately, our job is to connect brands with audiences – to spark an emotional response, just like music has done for aeons. 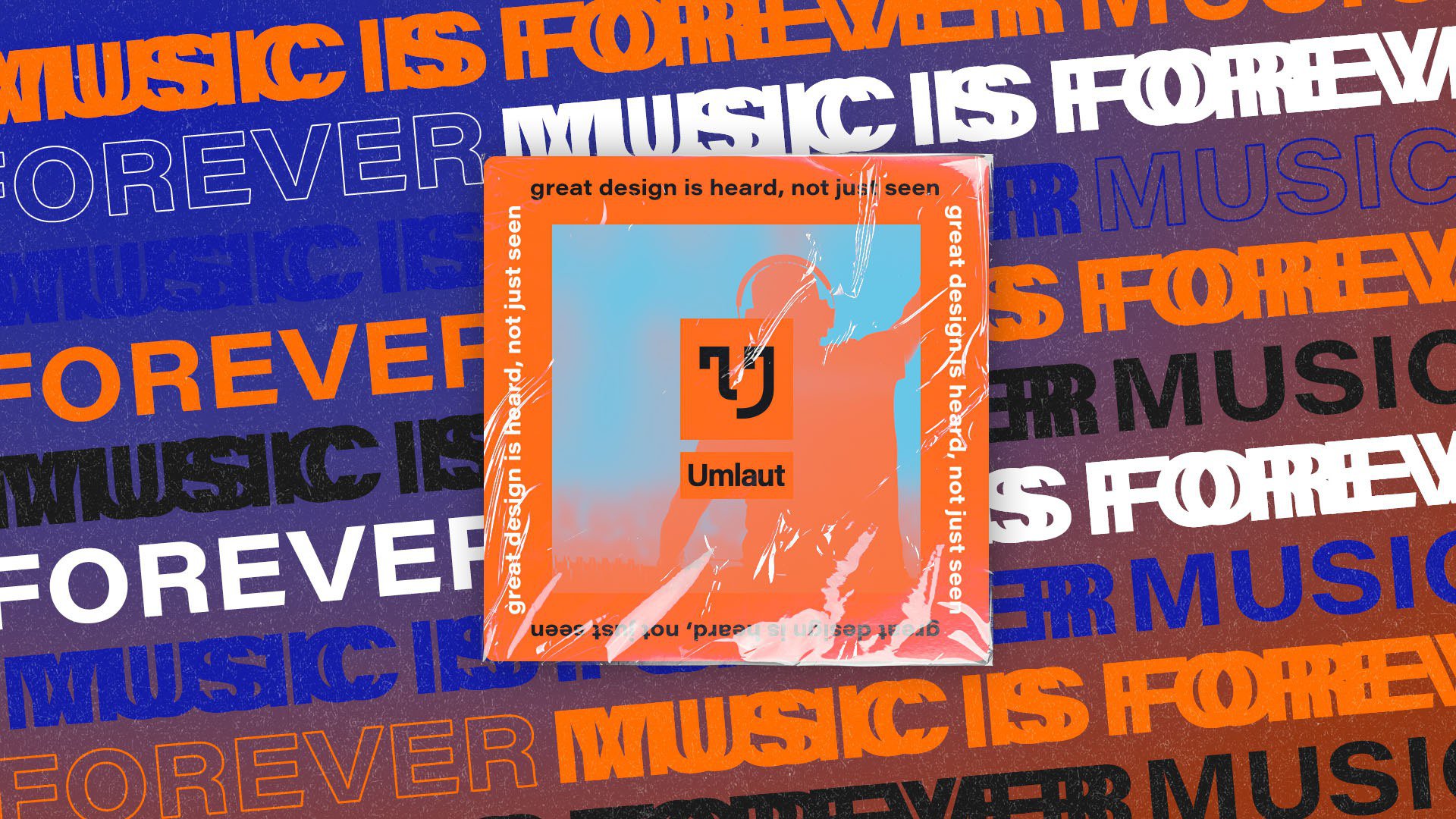